This is going to be a little short today. Instead of my general writing as dined at the end of the day, today the hotel is having a big shindig around the pool area from 5 to nine. So I think I'll take supper at the restaurant when I had the cooking classes last time in Cambodia. The Paper Tiger (written in French). Since the restaurant is deep in the heart of tourist town with it's narrow alleys and touts and scammers I don’t feel that comfortable toting my notebook around. Better to leave it in the room and take Nook along instead, or maybe an audiobook. 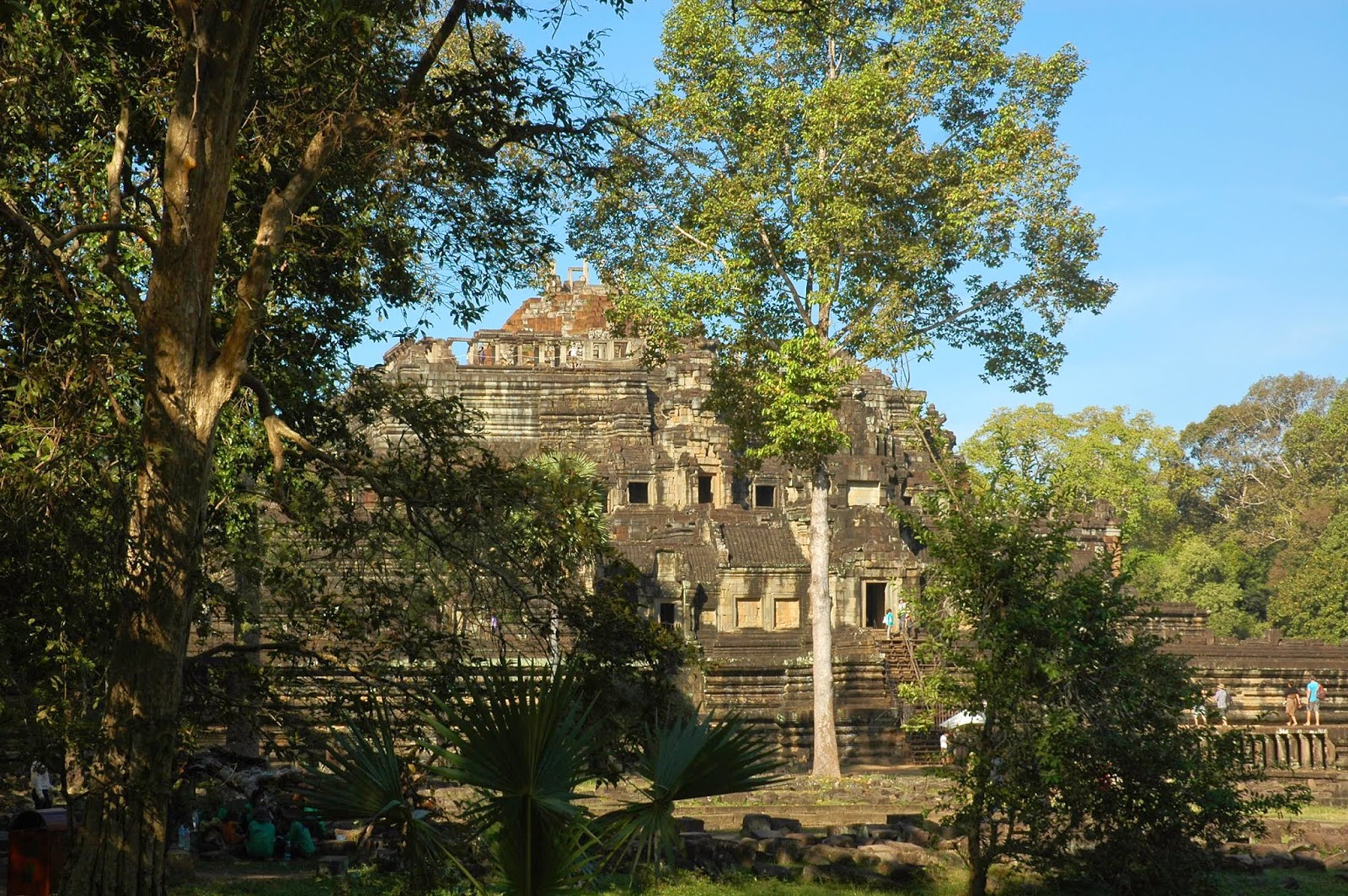 I expect tomorrow's entry will be even shorter. I have signed up for the most fun in the world, actually the thing I hate more than most things – a 10 hour bus ride. I am going to Kratie, Cambodia. It is a town located on the Mekong and is known tourist-wise for it's fresh water Mekong Dolphins. We shall see once I get there.

This morning I had thought about going to see the old area of Siem Reap. Narrow streets with tons of people, kind of sounds like visiting to Angkor Wat temples to me. I opted instead to 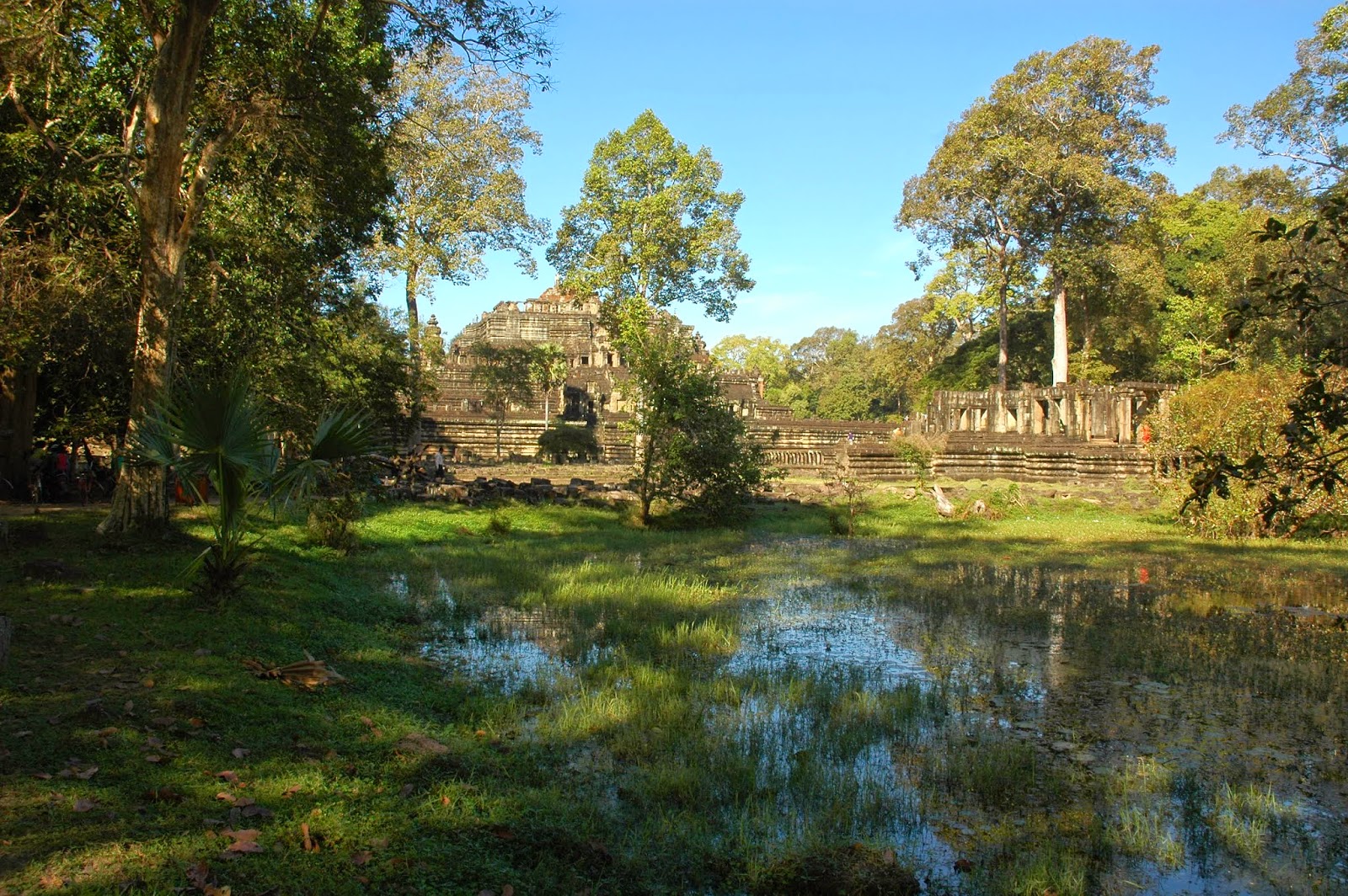 go back to the temple area and see one or two that I had missed on a previous trip and sorta hoped that my myriad of tourist friends might overlook it on their current trip.

We got there pretty early for the tour buses and the crowds weren't too bad. Wait two or three minutes at the most for the people clear the area so I am bringing home photos of the temples and not snapshots of strangers. I found out rather quickly that yesterday's temple trekking was a bit more strenuous that I had thought. My quads really cried much of the morning. 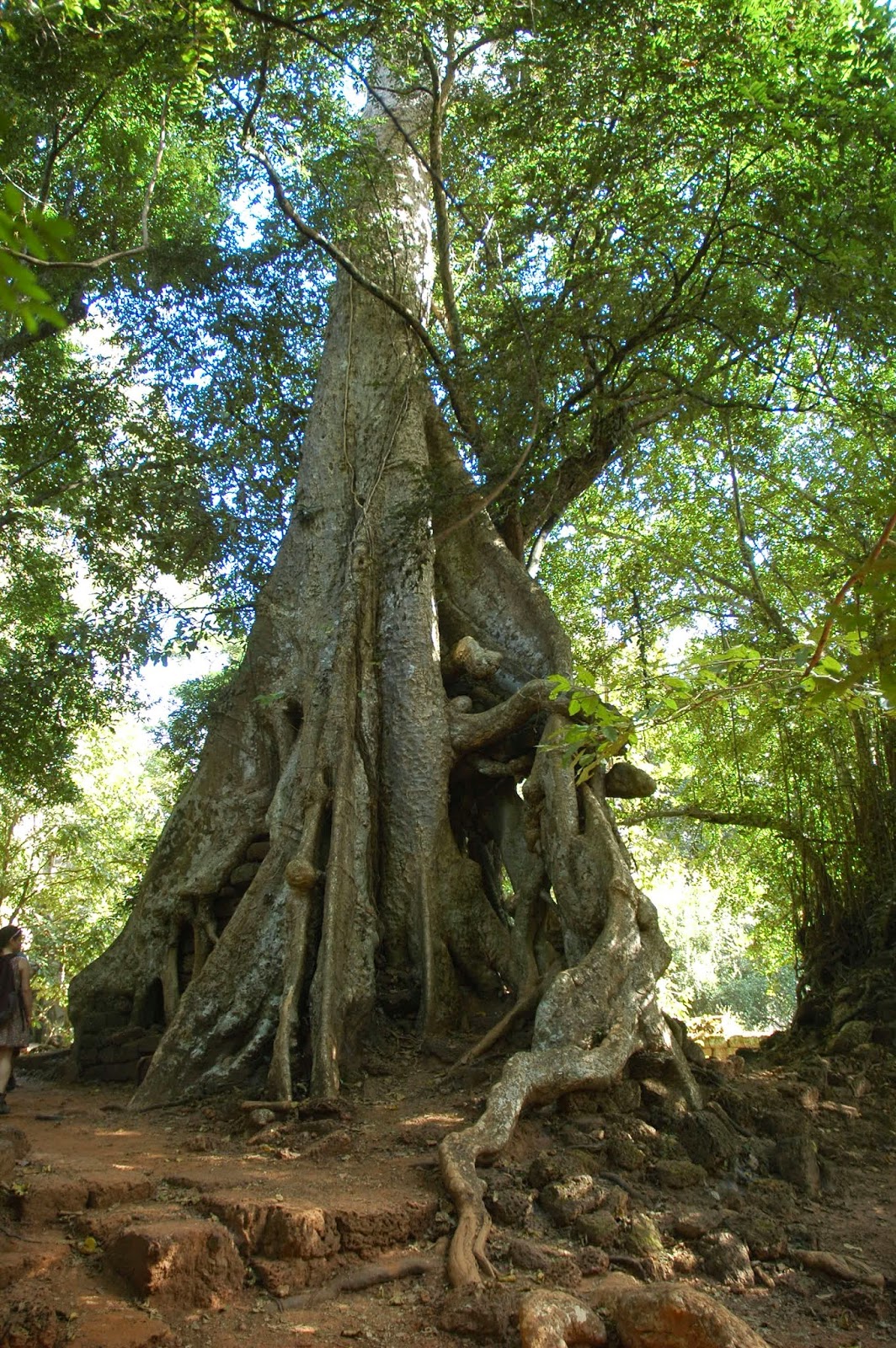 We did make one stop at the “Temple of Pee” which I try to avoid. If you can find a western seat somebody who thinks you have to squat to urinate has lowered the seat and stood on it, lets just say making a big mess. I was passing a western lady and asked her 'How are the facilities?' she said 'I've seen much worse. Clean, running water AND soap. - Oh! And very thin toilet paper'. I found that my worries were baseless and she was indeed right on all respects. She was most right about the TP, it was so thin that I had to spin the roll to get it to feed, otherwise just the friction and weight of the roll made the paper tear. If it was better quality you could have used it as tracing paper, but it was too thin even for that.

Stopped at a travel agent and bought the bus ticket. I asked about a plane. He said they only had 3 airports 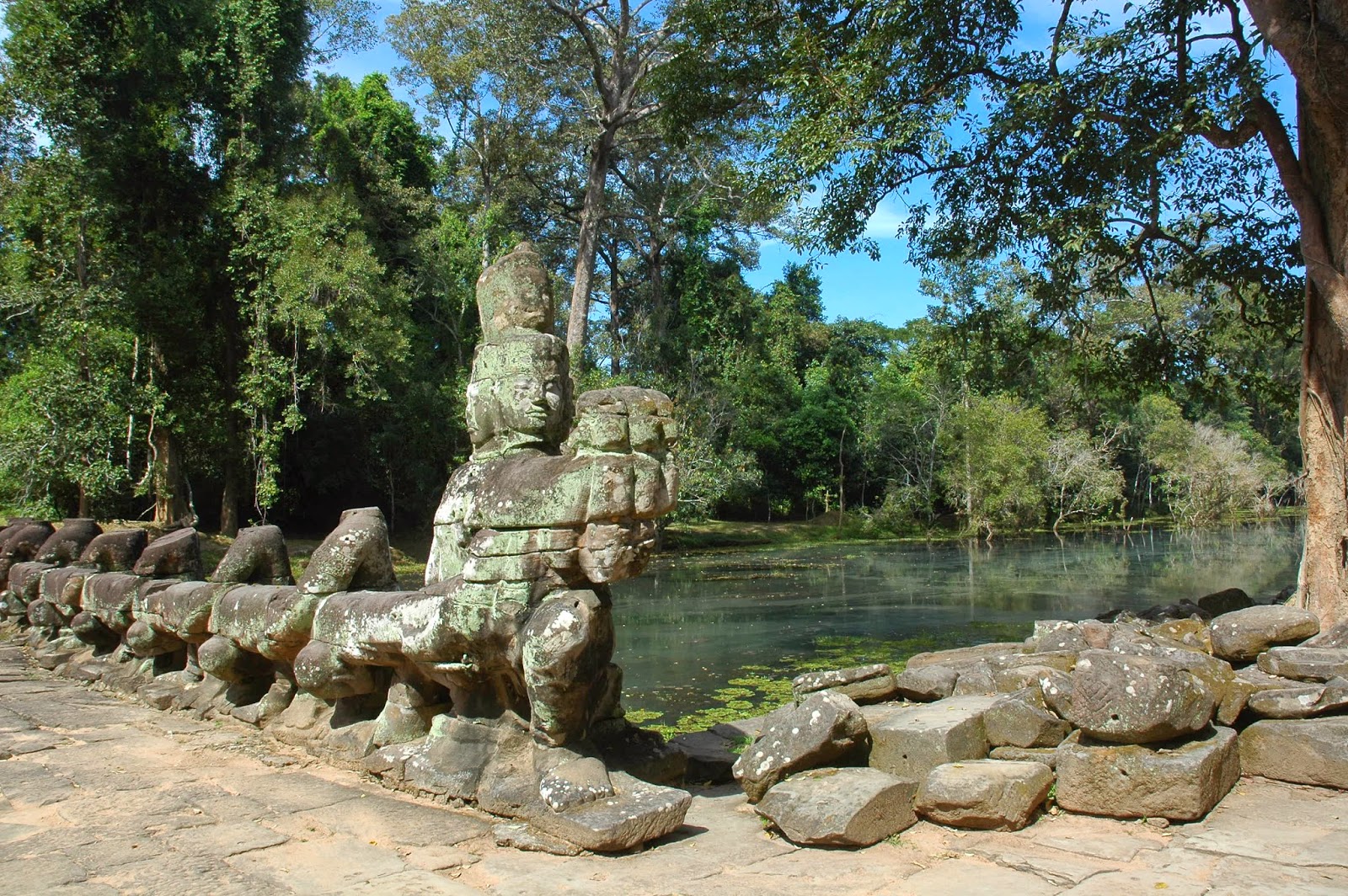 in the country. Here, the capital Phnom Penh and Sianookville at the beach. But, on the map it has a little plane next to the city. Turns out maps lie in Cambodia.


So at 1:30 in the afternoon I think I'll close this and go tourist poolside.