After yesterday's entry I went to Angkor Wat to get a picture with the late afternoon sun. The last time I was here as soon as the afternoon started to fade the clouds came out and obscured the string shadows and the nice blue sky. Yesterday was no exception. As soon as the sky heard the roar of the 125cc motorcycle connected to the cart it called in the clouds. Piffle. 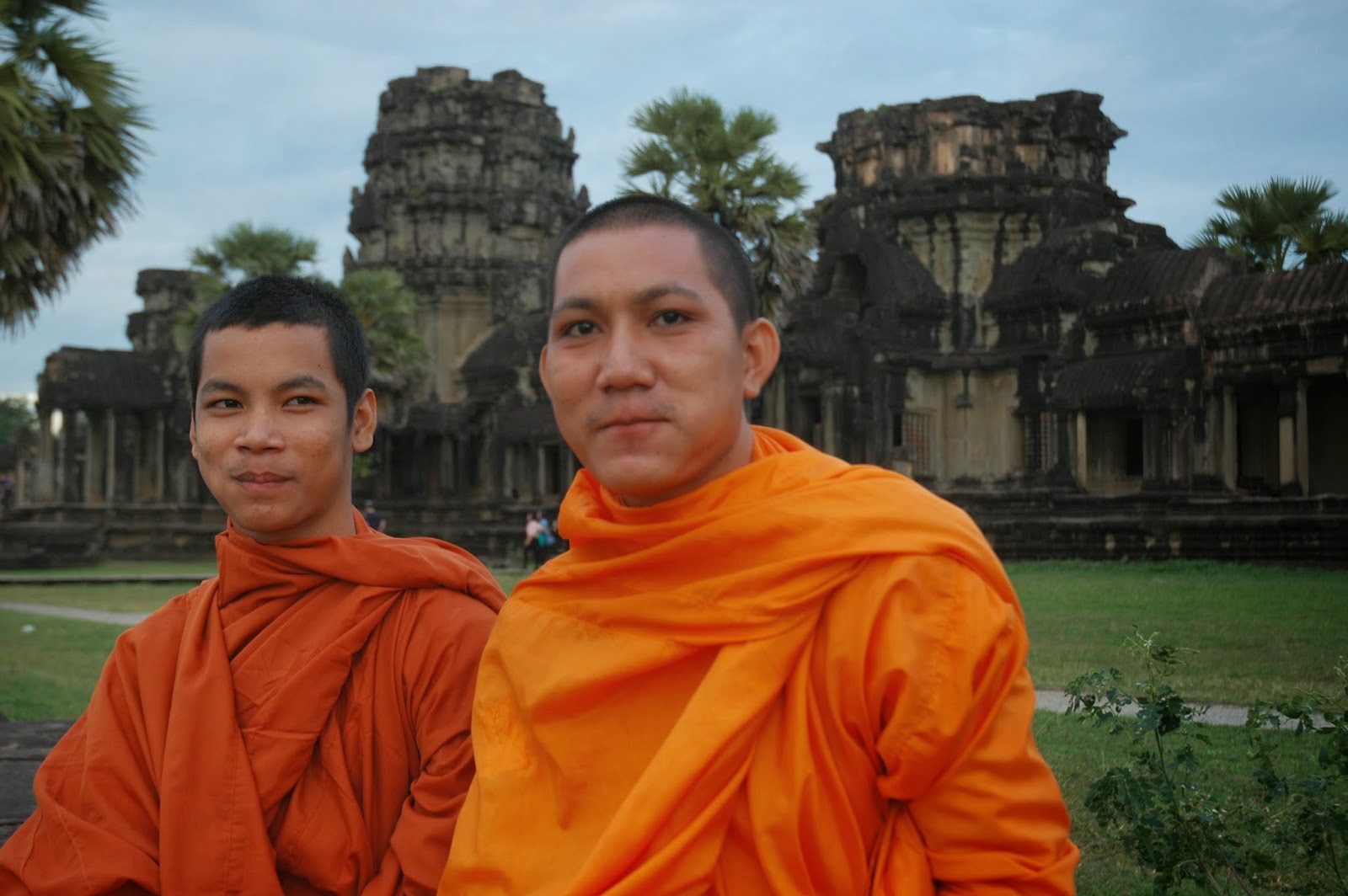 One thing this one trip did point out to me is that the world's economy must be doing much better than 2012. The main temple at Angkor Wat was in danger of sinking back into the jungle with all the added weight of the tourists. The last sunset photo I took at Angkor Wat maybe had a hundred people on the entrance walkway at 5 pm. Yesterday's 5 pm there must have been a thousand, plus the people lining the moat, where I used to be alone. Of course I took a bunch of shots, but I fear I already have the same at home on the hard drive.

Dinner, some TV and bed. Woke at 2 am with no headache, ya!! Woke at 3 am with headache. Boo! It was gone after getting up and a cup of coffee and a shower. I sure wish I could figure out the trigger, besides the wee hour.

I had a seven-thirty taxi reserved to get me out to a distant temple. It is about an hour and a half away and I wanted to get there before the tour buses, but wasn't too worried, because the internet and Lonely Planet both said that “You might be the only people there”. So just in case I decided to get an early start.

As I was leaving the hotel I started a short conversation with a retired US male. He was at loose ends so I said I was going anyway and he was welcome to tag along. He said that sounded good and he would split the taxi with me. I told him that was unnecessary but it would be nice.

Well that was a mistake. Not one that ruined the trip, but certainly changed it in a way I would have preferred it not to. We passed through the countryside which was totally different that it is at the end of the dry season, not the start of the dry season. In March the fields are dry and remind me of California's dryness. Now the fields are lush and the ponds are full of lilies blooming. The going was slow because of the oxen pulling the carts heaped with grasses. It was a different world.

I almost missed it, because Mike would-not-shut-the-fuck-up. It was a freaking monologue without break. To add to it, he would start a story, or thought, go off and a tangent and forget the point of his rambling. Finally I quit trying to make any sort of conversation because it was just his disjointed thoughts. To add even more to drive me crazy he had no idea, I mean no idea about the history or significance of the Angkor Wat and surrounding areas. He was happy to stay in town and look at the cricket sellers on the unpaved back streets. That is any town Cambodia and he had been to some other town in Cambodia. There is a reason I travel alone. I guess I need a reminder from time to time.

Don'[t get me started on the 80 year old Australian lady who invited herself to my dinner and had nothing good to say about anything or anybody, at a loud volume. She was hard of hearing you know?

If these people are what is in store for me in another decade or so. Please slip the cyanide in my warm milk now.

We got to the temple just about nine and there was a big bus there already and a few private vehicles. Not 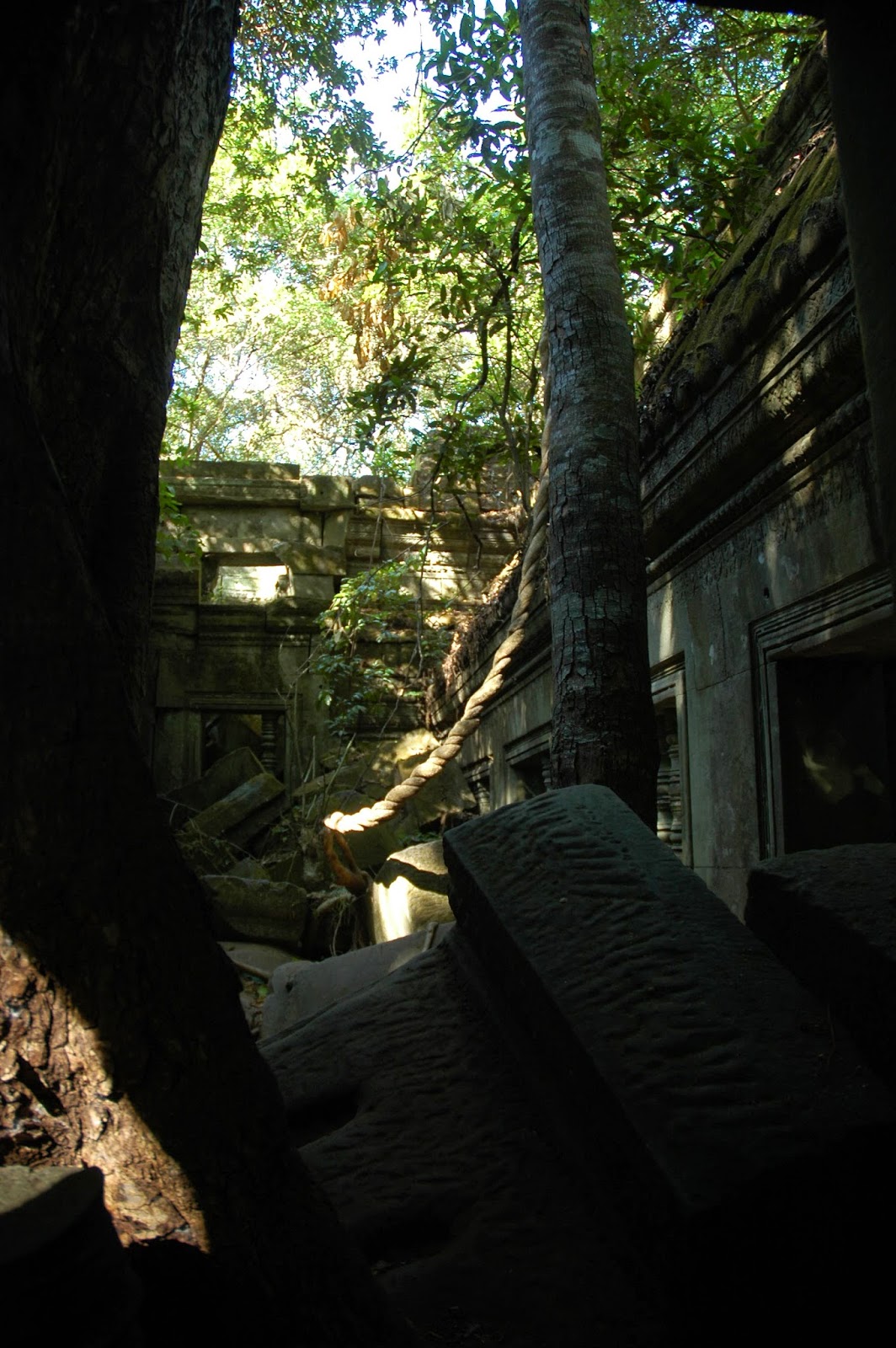 bad, but not optimal. We approached the temple and a caretaker lady motioned that if we went where she was standing there was a better photo op than from the entrance walkway. So we stepped off the wooden walkway and over some flat rocks and the photo would indeed be better there. Then she had us cross a small dry moat on a conveniently placed slab. We started back to the walkway and she pointed to a doorway that was in such bad repair the they had placed timbers under the lentil and cross beams. Go in there she mimes, it's okay. There isn't a full flat surface for the next hour and a half as she leads us through the warren of broken walls and ceilings. Rubble, all with square corners and me fluffier (not fat) than I want to be and still a bump on the back of my head. She lead us to some great places and after I would take the absolutely perfect picture from where I was standing, she would point out a different angle the made a much better photo. For as dangerous and scary it was at times she really, really made my visit ten times better that it would have been without her. At one point we got to what looked like a good place to call it quits and then she pointed out the surrounding wall and no exit. It was either back the way we came or to continue on. Some smart guy once said “When you are going through Hell, keep going”. So we kept going. 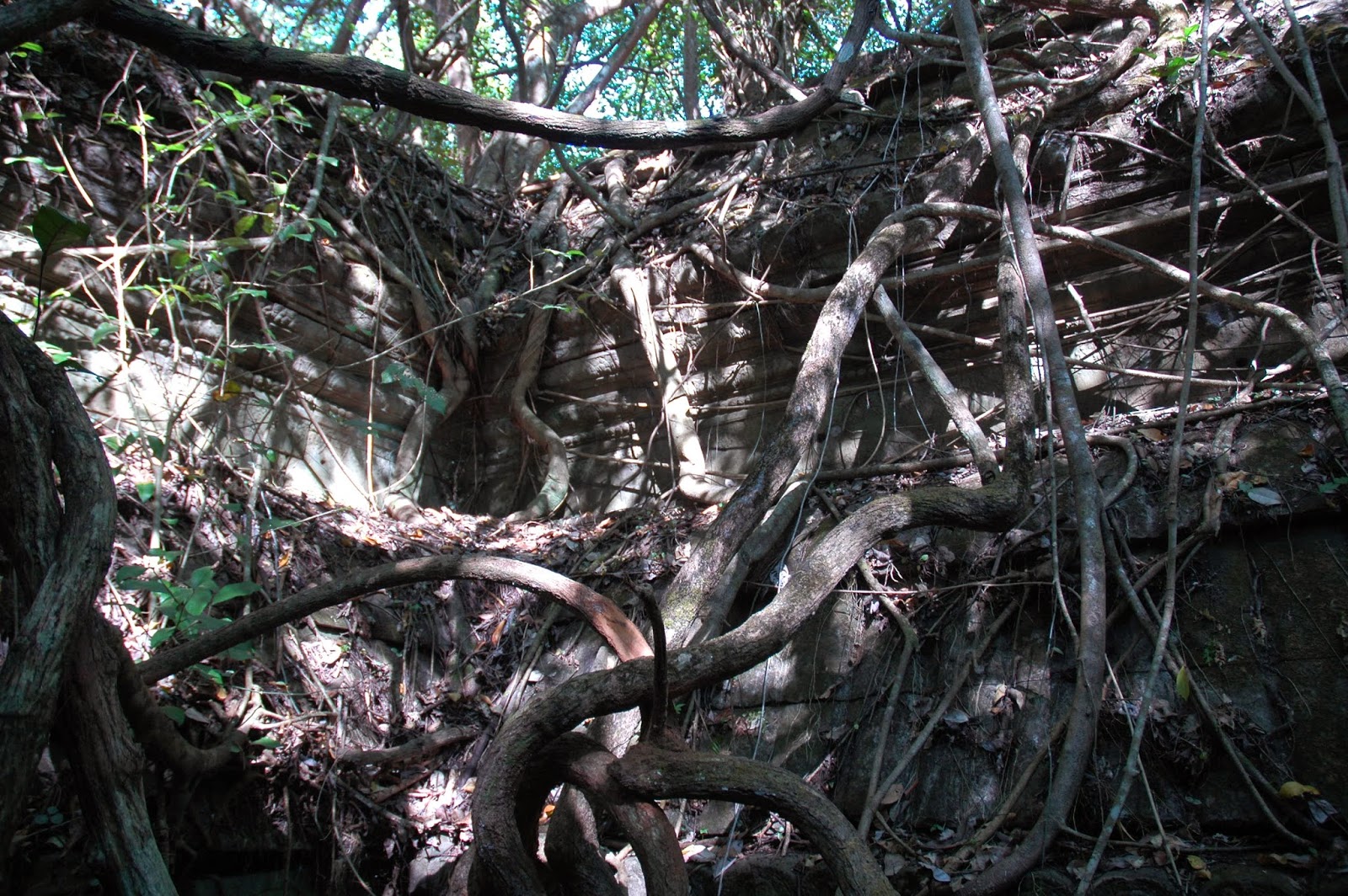 At the next flat area it was obviously the end of the rock balancing, tomb raiding for us, because it was full of tourists and the wooden staircase/walkway was there. She lead us up the stairway and we ran smack head on to a mass of bus people who didn't realize that there might be other humans in the world besides themselves. No concept of lanes of traffic, No concept of personal space or of pushing you out of their way at the narrowest and highest part of the walkway. Finally I lost all thought of any decorum and just started acting the way they were. Nobody said a thing. It was just the way life is in those overcrowded cities of over populated countries. She and I must have passed 3 full bus fulls. At the main entrance we had to wait for a few minutes for Mike to catch up.

She's a probably been happy with a five, I hit her with a ten and told her in front of Mike “This is from me. You need to talk to him too.” So she got another five, kind of giving me an inkling of the 'split the taxi' topic.

Back at the hotel I was ten dollars shy of the full fare on me. The rest of my cash was in the room's safe. I told Mike I needed at least ten and he started patting his pockets. “I'm missing my wallet.” Are you serious? After a bunch of patting and a short walk outside he found it and did pony up the ten, but the remainder of the half of the fare was never offered. I guess he felt keeping my entertained with conversation was enough for a guy to do.


Did a little shopping and back at the hotel for dinner. Th-Th-that’s all folks. 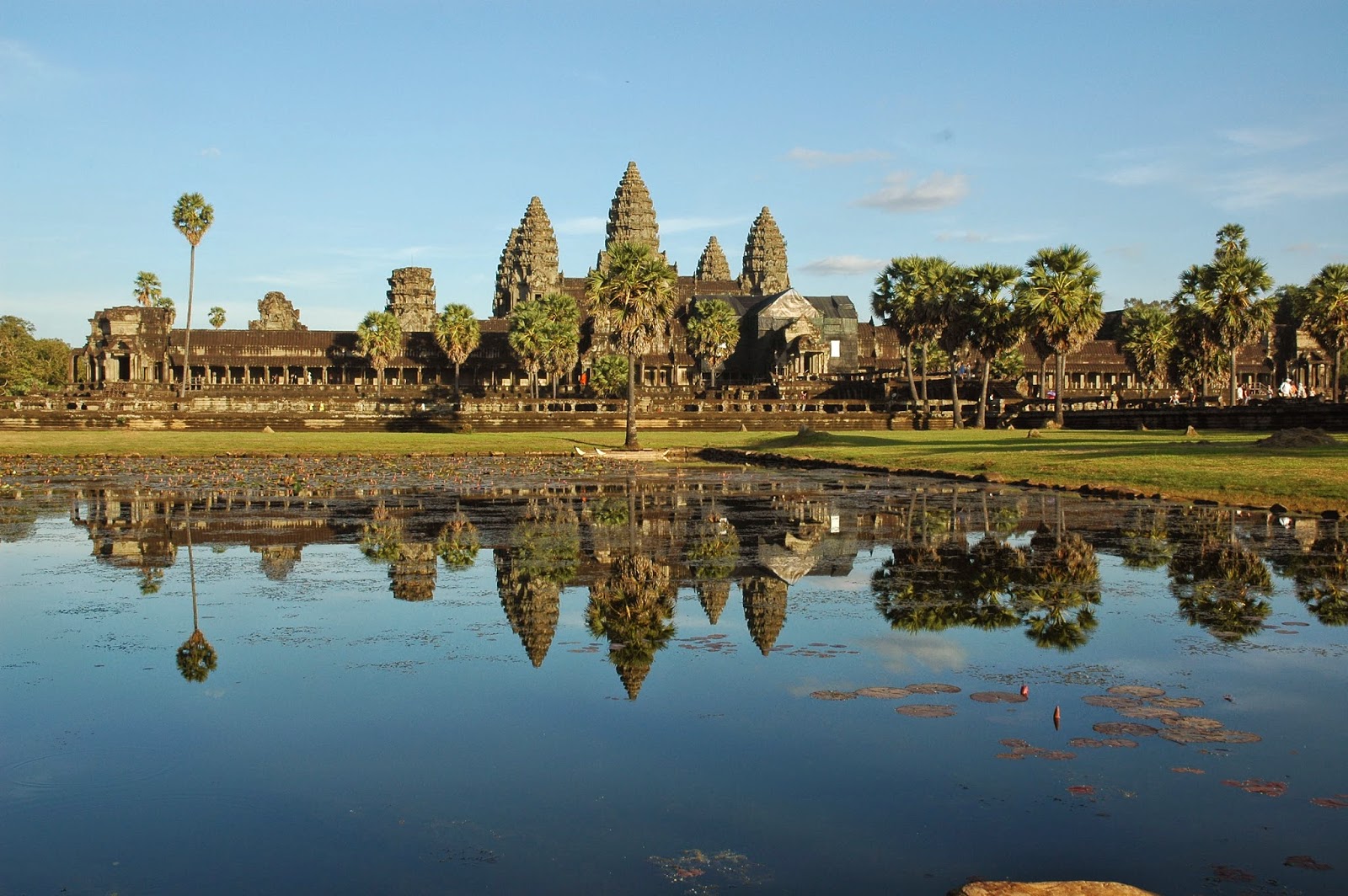 Posted by Dorothy Macaw at 5:20 AM