Five and a half years ago, upon returning from India I read somewhere that the word “India” was 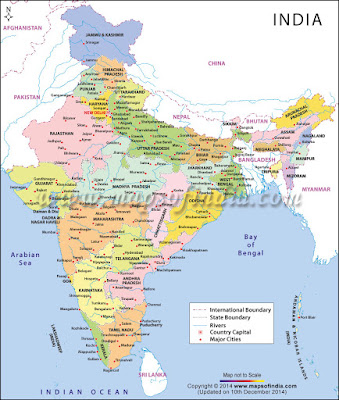 actually an acronym. It stood for “I'll Never Do It Again” and I heartily agreed at the time. I came home from India after seeing wonderful and exotic sights. After seeing the Taj Mahal, a temple for rats, a cremation site that had been operating for millennia, the most elaborate evening border crossing closing and dozens of other new and worthwhile places in India – All I could remember was the pushing and shoving of people all wanting to be someplace else and I was in their way to get there.

Well, I'm going to try it one more time. I thought about going back to South East Asia and a visit to Laos, but my past three international trips have taken me to that area and it was getting routine.

I decided to give India a second try, I mean if a visitor came to the USA and only saw – say – New York city and went home and told all their friends that the USA was crowded, dirty, expensive and full of homeless people, that would hardly be fair. Maybe my experiences in India were of a similar nature.

So after finding that they now had a VOA (Visa Of Arrival) program, where you filled out an on-line questionnaire, sent a recent photograph and a PDF of your passport and a few dollars and if all went according to plan had a visa in 72 hours. I decided to give it a try. In about 24 hours I had my new eVisa in my email-box.

I am leaving on Thanksgiving day. Thanksgiving is my favorite holiday of the year, but greed overcame my desires. The day before was about $300 more and the day after about $500 more, it really was a “No brainer”.

I leave Seattle (known for 1993's Sleepless In Seattle), fly to Paris (recently know for – well you know) and arrive in Mumbai (also know for a 2008 – well you know – Slumdog Millionaire). Twenty One hours of cramped seating, airline meals and waiting in lines. 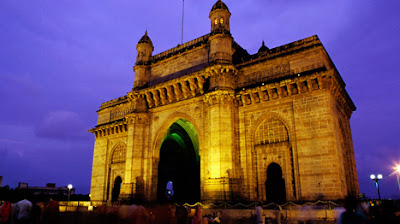 My plan is to arrive in Mumbai (Bombay for you old folks) and go to the closest hotel possible to the airport for a bed and jet lag relief. I doubt I'll remain at the airport hotel longer than one night, since the airport is around 20 miles or one hour from the actual city center. It doesn't sound convenient for wandering and exploring. A few days there seeing the sights, with maybe a jaunt out of town to see some rock hewn temples. 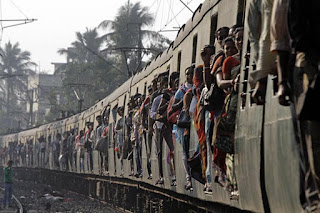 Then off to Kolcutta (Calcutta). I thought about taking the train and watching India pass through the window, but it is a 24 to 30 hour trip. That would necessitate a sleeper compartment which would probably need to be shared. I don't share well. If I can't score a solo compartment I think flying is the only other realistic option.

I don't know a lot about Kolcutta. I recall hearing about The Black Hole of Calcutta, but don't know if that refers to a specific location or just the city in general. They still had actual human pulled rickshaws in 2012, though there is a big push to stop them. There should be enough, temples, churches, government buildings and general sights to see to keep me occupied for a few days. 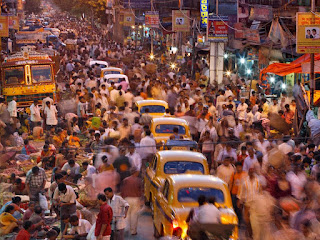 Darjeeling, of tea fame is in the general area. High in the foothills of the Himalayas with the peak of the world's 3rd highest mountain, Mount Kanchenjunga (after Everest and K2) in sight of the city.

All in all I expect the should be enough to see and do for two and a half weeks.

(photos used in this are drawn from Google image search – not my work)
Posted by Dorothy Macaw at 1:27 PM