In the hotel bar killing an hour before trekking down the street for dinner.

I think the last place left of was in Atlanta. A nice Comfit ofDonald (or was it Daffy ?) in a sweet BBQ sauce and digesting it at the gate waiting for the plane. This plane was a larger one, one of those the has 2 – 3 – 2 seating. I had a window seat and looking at the online seating chart said that I had a seat mate. But, across the aisle was an entire three row that was empty. I’d give up the window to not have a traveling companion. I went to the gate agent and asked if I could change seats. She asked why and I explained about Mr. Three Hundred (I was discrete and didn’t mention the other half) She looked at the seating chart and said I as alone I that row. I had just checked it before standing up, all I can think of is that my seat mate had the same idea, because now that thee across row had someone in it. The gate agent did say she would block the seat next to me, and it would only be filled if the aircraft was completely full. That was really nice of her. 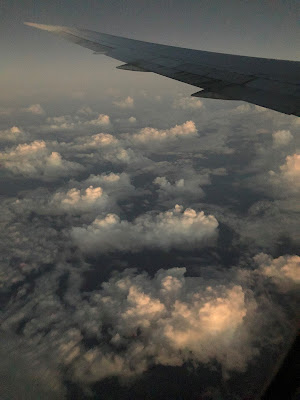 Good to her word, I had the entire 2 seat row to myself. A woman had the entire 3 seat row I coveted all to herself. She stretched out across all seats and slept most of the way from Atlanta to Lima. As on previous rips I usually buy a couple Starbucks gift cards and give then to the crew. They have had varied results and I do it for entertainment. Just to see what happens. An a flight from Damascus to Paris, I offered to write a letter supporting a cabin crew member when he had a “I’m going to have your job!” passenger. He forced probably 2 liters of mini wine bottles on me as I deplaned (something I totally didn’t expect or want). Once on a flight to Paris the crew gave me tons of left over first class swag, and a bottle of wine. Going to as Vegas with Chris, the pilots asked us if we wanted to sit at the controls after we landed. That same trip the Flight Attendant took the card with the same care as if I handed her a dirty diaper. This trip I got a first class chocolate and a nice card on SEA-ATL. ATL-LIM got me a hug (No Joe Biden was not on this flight) and a hint more ass kissing than a cattle class seat warranted.

The FA (flight attendant) asked me I was on a mission to Peru. What the heck ? Do I look like a Mormon, Jehovah’s Witness ? I don’t think I look like CIA or Blackwater. I hope she is on the return flight so I can ask her.

We flew straight south out over the Caribbean over Cuba, Columbia, Ecuador and landed on time in Lima. I wanted to get a photo for Cuban but just as we go over, it clouded up. As soon as we left their airspace it cleared up. Obviously a clever ploy on their part to thwart my spying. Around hour 3 three into the six hour flight I got the fidgets. That was where I really appreciated not having a plane pal. Going to the rest room was sweet. No having to step over the aisle passenger coming and going, just getting up and going and going. Since 1995 every plane I have been n is Non-smoking. Why are there still ash trays in the bathroom?

Got to LIM, made it though the E Ticket line to Immigration and past Customs, with a quick dog sniff along the way. A $20 taxi to the hotel (all foreign airport taxis seem to be twenty bucks be it New Delhi, Bangkok or now Lima) Checked into my room, a quick wash and a Valium and I was in the Land of Nod by 1:30. Seven-thirty seemed to be the time to get up and almost no jet lag. A little fatigue but that was it.

Now it was the trial of the trip – What did I forget at home ? I had put a few thins in the wrong bag,, but everything was there. Amazing. Shower and breakfast and off to see the city with a stop at the money changer and the cell phone SIM card guy, and I was officially a tourist. 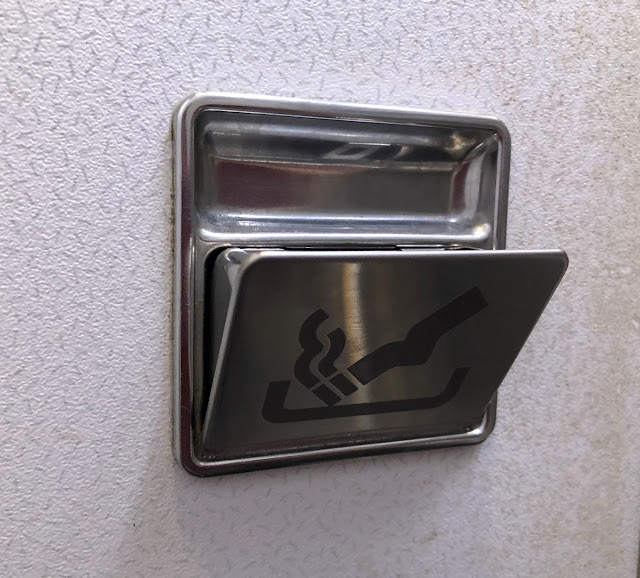 Posted by Dorothy Macaw at 7:33 AM