This is the end, my friend. The end.

In almost exactly I’ll be on the big metal tube waiting for the doors to close and the flight attendants show how to put on an oxygen mask without messing up their hair.

I have moved from one hotel to another that is right next to the airport. It would have been nice to remain where I was, but traffic in Lima is worse than Seattle’s, and I didn’t want to risk an additional hour and a half to get here. Now it is just a short shuttle bus hope to the airport. The hotel is nice inside, and outside? Well … It’s like most of the area around airports, you wouldn’t go there unless you had to.

Yesterday I went for a last walk on the bluff overlooking the Pacific. It was a bit overcast, not as nice 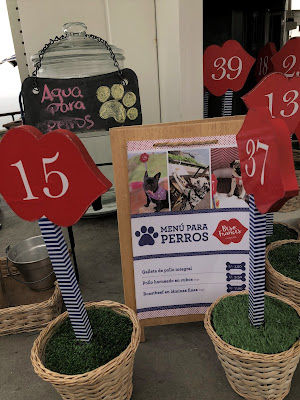 as the first day I walked it. It was Saturday, so the water was filled with surfers, bobbing on the water like rubber ducky’s in a bath. The waves seemed to be not as active as in the past so most of the surfers were just sitting or laying on their boards, not a lot of action. I grabbed a Banana Caramel crepe and a cup of coffee at the dog park cafe. I know it has a real name, but they have two stainless steel water dishes, a dedicated dog water bottle and a menu for dogs. You can get chicken pieces for Fido for about a buck and for a splurge of a little more than two, get Lassie, beef. Lots of dogs here, seldom on leash and all well behaved.

Back at the hotel, since the weather wasn’t bad, just not inviting I just killed the afternoon in the room. I suppose I could have gone back to the protest, but according to my sources the main plaza was going to be off limits for the foreseeable future. I found some TV shows in English. They were several years out of date, but I did understand what was being said at least. Even if most of the men had mullets. In the evening I walked down to the fish restaurant a block and a half from the hotel. I’d eaten there twice before and thought it would be a good choice for my final taste of Crevice. I can find good sushi in my hometown and great sushi in Seattle or Vancouver. I don’t know of any place close to home that has 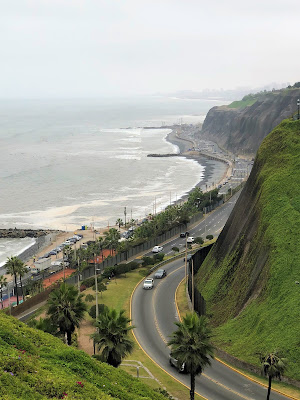 ceviche though. I ordered a different version this time, mostly octopus in lime and olive oil, with just a hint of cayenne. It was great. Can’t say the same for their wine though. The Peruvians like their wine on the sweet side, I got a taste and ordered it. I should have ordered a beer.

This AM, breakfast at the hotel. You’d have thought it was the last day, before a week of fasting. Elbows, hovering, heaping, demanding. My fellow human’s inability to see beyond their own wants embarrass me sometimes.

Check out, was easy. The called the equivalent of Uber and off we went. I think the Peruvians must be part Italian the way they drive. Either gas to the floor or brake to the floor, then a peek and pray instant lane change. I must be getting old... and … we ended up at the departures terminal, not the hotel I had made a point of telling him went I got in. A little more Mario cart and we got to the hotel. All checked in and nice and comfy for 9 more hours.

I expect the next post will be from the land of The Patriot Act and home of the Bone Spurs.
Posted by Dorothy Macaw at 11:42 AM