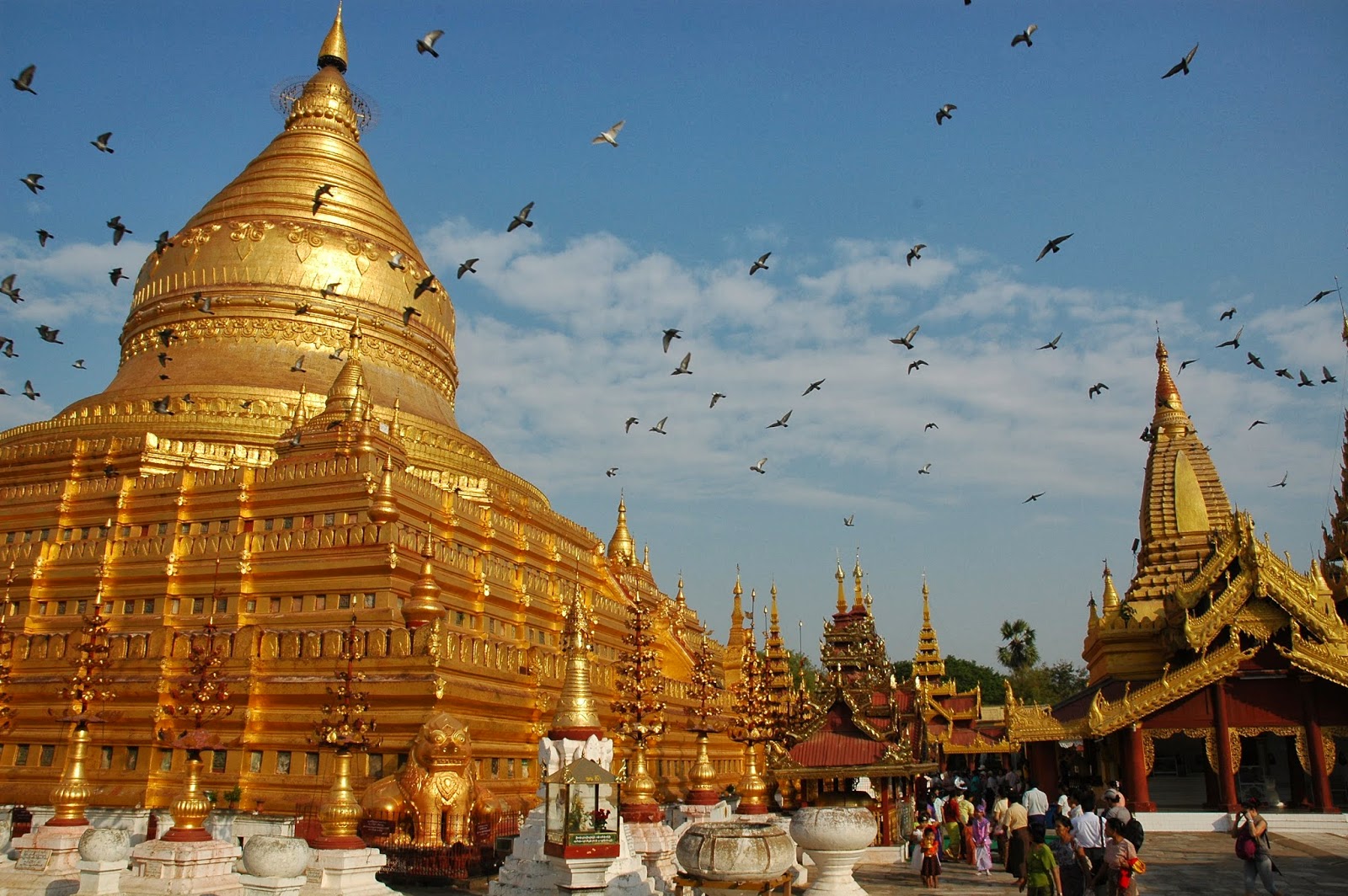 Back at the hotel after spending five hours smelling horse farts, burning my feet on hot tiles, saying improper words from stepping on pointy rocks, holding my bladder, saying “No” a hundred times an hour to postcard ladies and seeing some very interesting temples. I have had my shoes on an off so many times today that people should be sticking dollar bills into my bra. Shoes off when entering the pagoda or temple area, back on upon leaving – unless I want to carefully look at each step to avoid a puncture – Shoes off to get into the horse cart – just because it is the polite thing to do – then do it again at the next stop.

I really don't have a lot to say about today that can't be said better in pictures. I was in full blown Nikon tourist mode. One of those days when you get back home and people say “What did you see” - your reply in “Nothing. But do you want to see the pictures?” I didn't have my camera lens glued to my eye all morning, but I did take a lot of photos and not too much in the way of interaction with anyone except Bobo my horse wrangler. 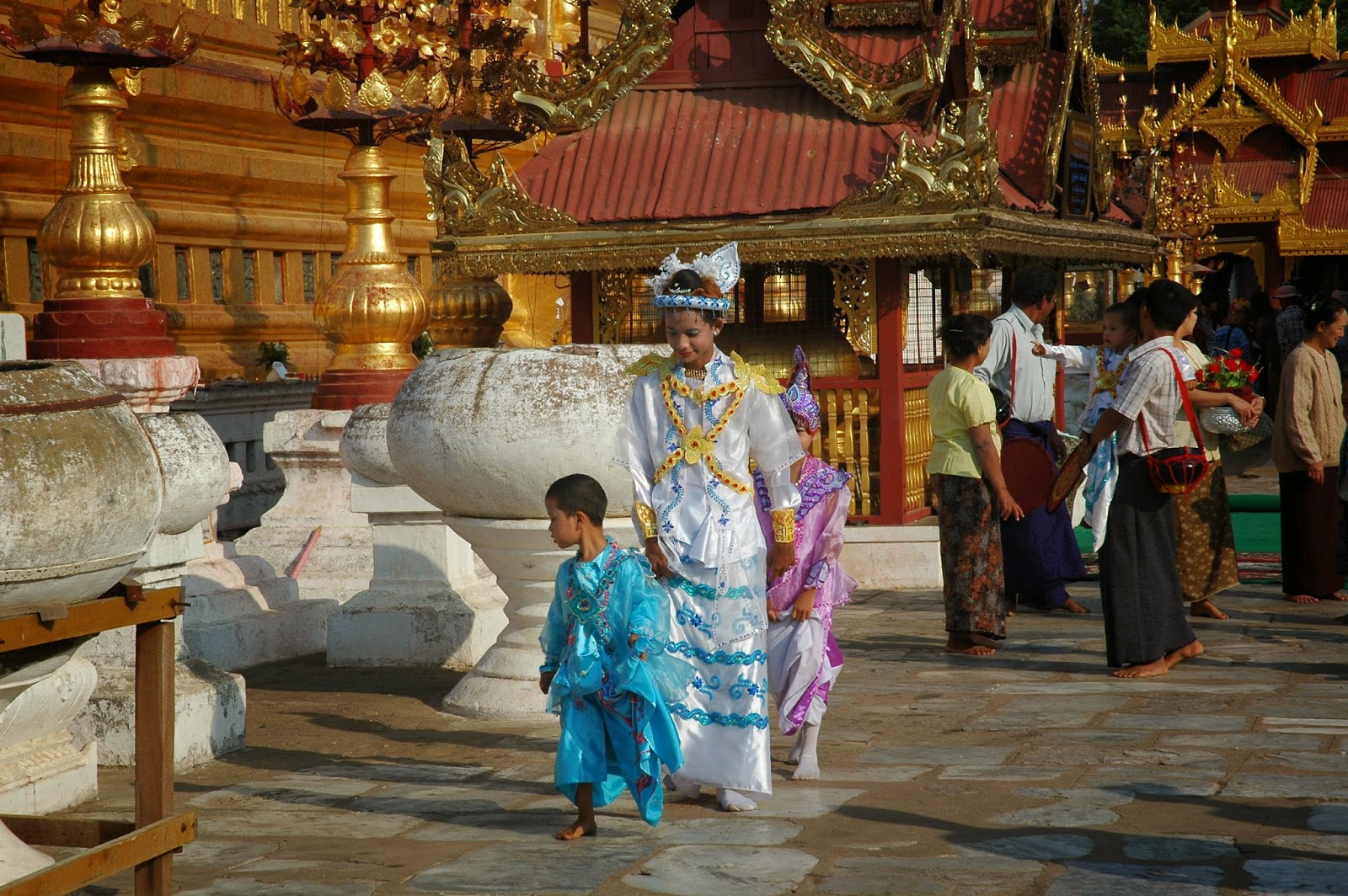 I was walking around a temple and two early teenage girls were ringing a bronze bell with a large wooden stick. The stick had been used so much that the head had mushroomed. I smiled and they smiled and then the one with the camera (I hope) mimed that she wanted to take MY picture ! You know I thought about saying, no, but I had asked a number of people on this trip if I could take their picture and no one turned me down. I guess I was kind of obligated to say, yes. Photos were taken with both of the girls and they left smiling and I chagrined.

Around 11:30 the red tiles surrounding the temples started to get hot and by noon, I told Bobo that we could go more, but I wasn't doing anymore barefootin'. I think he was glad to hear that. His six year old – Take your son to work day – partner was fading fast as well. 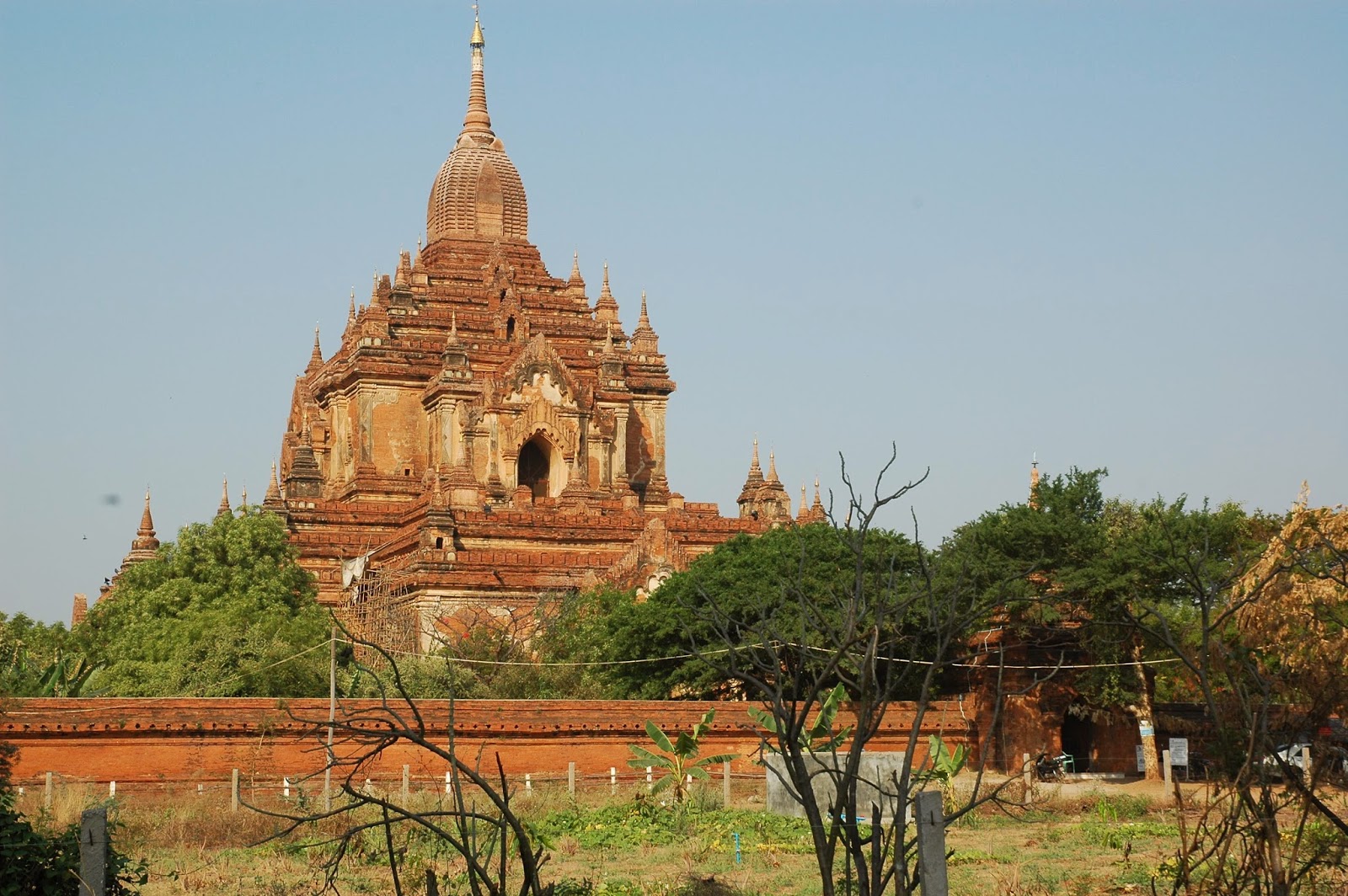 4:30 to go look at a sunset. I think I've seen sunsets before but not from here.

This is so weird. I can connect to the internet only some web sites with my computer and so others with my iPhone, but now where can I connect to www.dear-dorothy.com. I guess it will be a couple more days before I can send this out.

At the appointed time I met horse and driver minus child. We were going to see the temples at sunset – no that is wrong. We were going to see the sunset at the temples. The first thing I did was buy a bottle of water. Then as I was opening it I dropped it and 70 percent of it spilled on the ground and made the bottle filthy. I just poured the rest on mu hands and washed myself of the whole problem. Bobo said he's stop and we would replace it a bit down the road. It wasn't as hot as at noon. I wouldn't call it cool though it was better. We stopped at one shoe removal station and I am glad we did. Nice frescoes inside though some panels were missing. Some German guy in 1899 removed them and took them to parts unknown. Then he had the nerve to sign the blank wall.

Next strop was the pagoda for watching the sunset. Looked at the stairs up and almost said let's move on. They aren't at the American staircase angle they are at 60 degrees, narrow, oddly set in height and finally no hand rail. Going up is fine, it is the down that horrifies me. Out of balance and only one bounce away from seeing how good that travel insurance is that I bought before leaving.

I have a connection not. I'm going to drop this writing and post while I can. 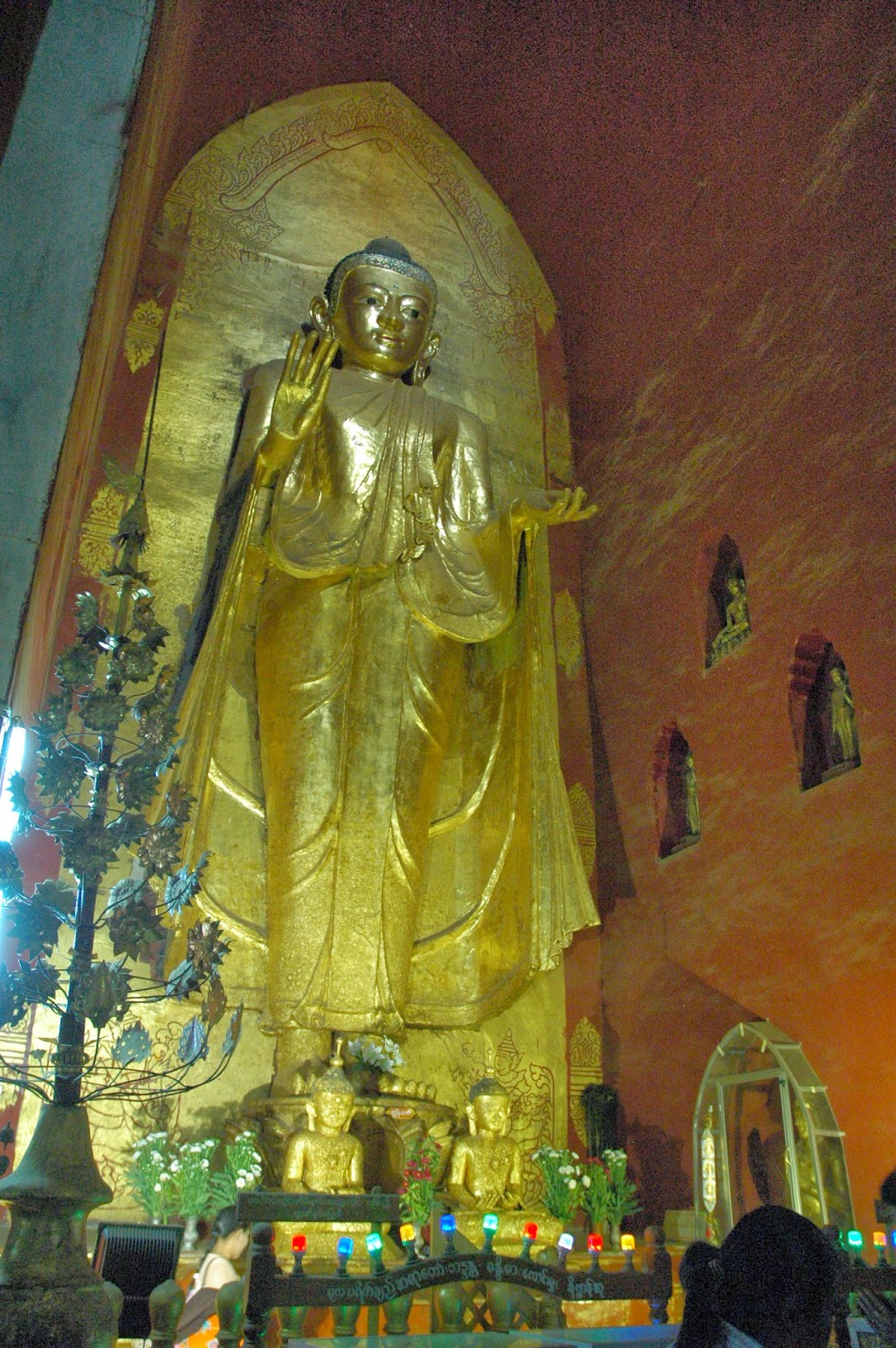 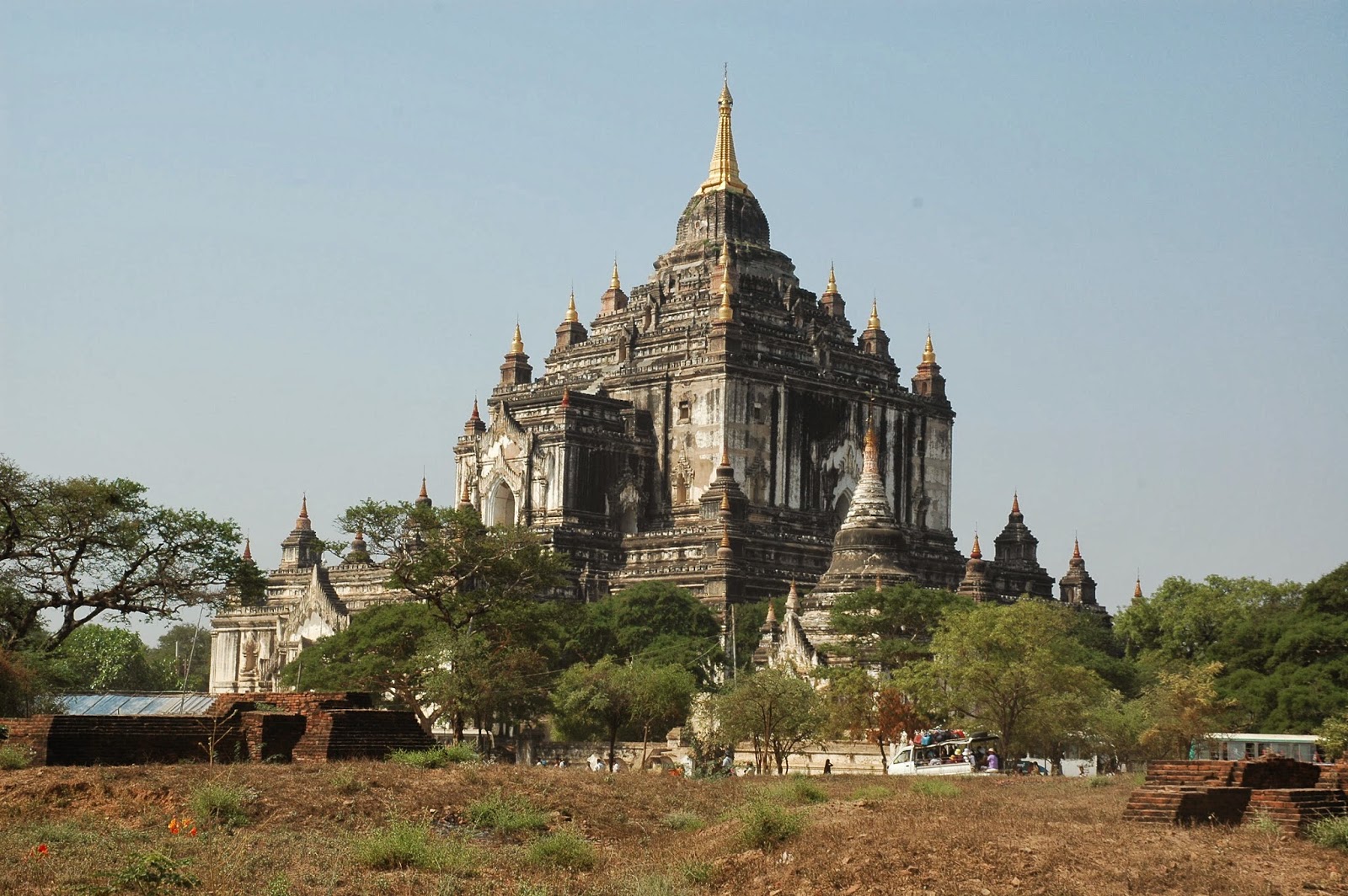 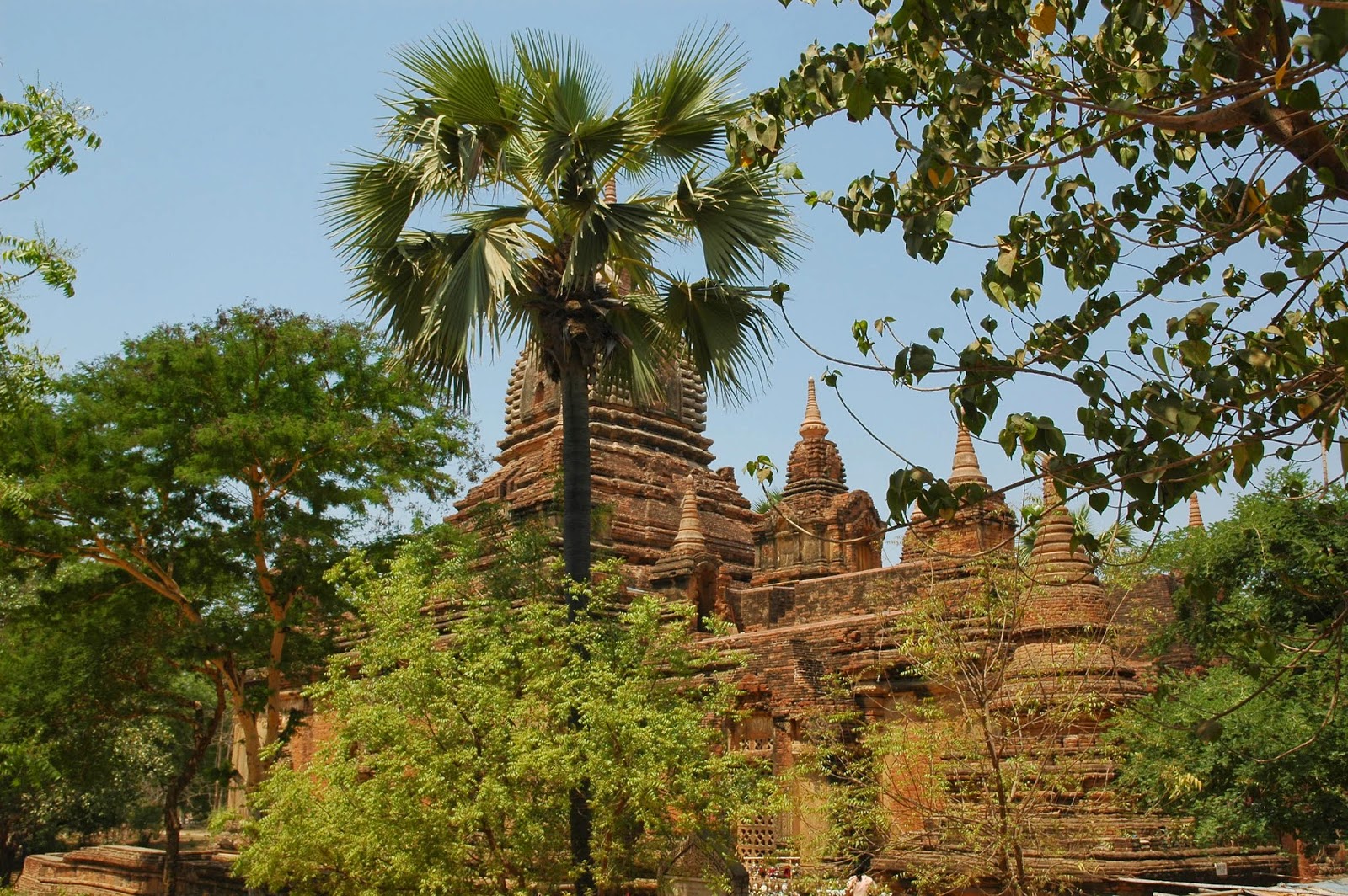 Posted by Dorothy Macaw at 7:30 AM